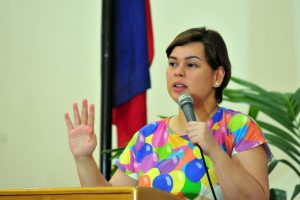 In Davao City, parties should be over at 1 am — according to law. And violators are awaiting stiff punishments.

This was the message of Mayor Inday Sara Duterte on Tuesday as she reminded owners of karaoke joints, clubs, and bars of the law that prohibits the selling of alcoholic beverages at 1 am. 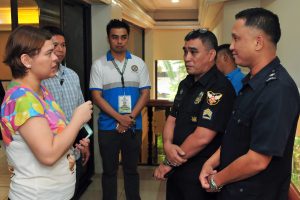 In an urgent meeting held at the Grand Menseng Hotel Tuesday afternoon, the mayor told an audience of close to 200 people that she has received a number of complaints concerning bars, clubs, and karaoke joints that are still open — and are still serving alcoholic beverages — even if it’s past midnight already, a clear violation of the alcohol ordinance first passed in 1994 but was amended in 2013.

Mayor Inday explained she does not want to order the closure of these erring establishments but she would be forced to do so if they continue to violate or circumvent the ordinance. 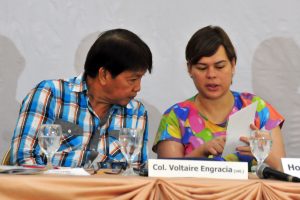 “We are here to help you, to support you — that is why we have this meeting. We don’t want to close your businesses,” she told owners of establishments that sell alcoholic beverages.

And she recognized the help of bars, clubs, and other similar establishments in the growth of the city, but stressed that this does not exempt them from following local legislations.

Davao City has also banned the selling of alcoholic drinks to minors and cigarette smoking in areas where it is not allowed such as parks, streets, public utility vehicles, malls, and bars.

She also announced that the City Government of Davao will issue an Executive Order that will consolidate the anti-smoking ordinance, the ban on liquor, and the selling of liquors to minors.

An anti-vice regulation unit will be tasked to closely monitor the implementation of the said ordinances and it will be working round-the-clock.

“They will conduct raids and if they will find proof that you have been violating or circumventing these laws, your establishment might be closed,” she said. CIO