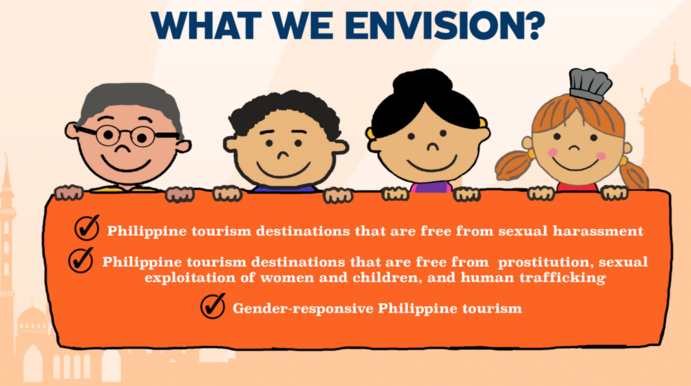 The Davao City Government has pledged its support for the Orange Your Icon Advocacy, an 18-day campaign to end violence against women (VAW) initiated by the Department of Tourism XI.

Lorna Mandin, chief of the local government’s Integrated Gender and Development Division, said the support is latched on Davao’s consistent stand and advocacy against violence against women.

“We have always been at the forefront of every campaign to protect women against violence, abuse, exploitation and this is just one of them,” said Mandin.

The Orange Your Icon campaign was launched Friday. It is meant to attract the attention of the public and take it as an opportunity to explain the advocacy against violence against women.

The public, she says, has an important role in ending the suffering of women.

“The campaign for the elimination of violence does not only involve local government leaders but also the people,” Mandin said. “Individual contributions in attaining a violence-free community is important and each person must have an ownership of this campaign, of this fight.” CIO