CALL FOR ENTRIES! Destination: Davao 2019 presents #PasalubongFinds Video Making Competition. Create a 1-3 minute video showcasing Davao City’s local ‘pasalubong finds’ and win up to P30,000 Pesos! To enter, PLEASE READ the full mechanics below and follow the instructions. The contest is open to everyone. No registration and fee required! Submission of entries is on or continue reading : DESTINATION: DAVAO 2019 “PASALUBONG FINDS” VIDEO MAKING CONTEST

Congratulations to the winners of Hulagway sa Araw ng Davao 2019! 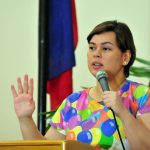 In Davao City, parties should be over at 1 am — according to law. And violators are awaiting stiff punishments. This was the message of Mayor Inday Sara Duterte on Tuesday as she reminded owners of karaoke joints, clubs, and bars of the law that prohibits the selling of alcoholic beverages at 1 am. In continue reading : Mayor Sara fires first warning against alcohol ban, anti-smoking ordinance violators 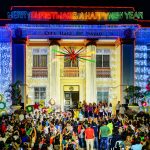 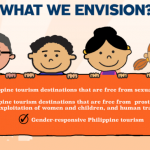 The Davao City Government has pledged its support for the Orange Your Icon Advocacy, an 18-day campaign to end violence against women (VAW) initiated by the Department of Tourism XI. Lorna Mandin, chief of the local government’s Integrated Gender and Development Division, said the support is latched on Davao’s consistent stand and advocacy against violence continue reading : Davao City supports Orange Your Icon campaign 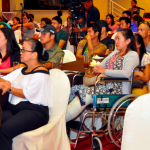 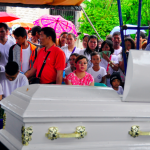 Davao City Mayor Inday Sara Duterte apologized to the mother of the 2-year-old boy who died following severe physical abuse at the hands of his guardians. “I asked for forgiveness because had we known, maybe we could have saved him,” the mayor told the media after the burial of Jhon Earl Cagalitan Wednesday afternoon. Duterte continue reading : Mayor Sara apologizes to mother of child abuse victim 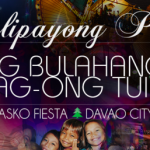 The Davao City government will bring this year’s Christmas celebration to the hinterland communities of lumads — an ‘added extravaganza’ in this year’s Pasko Fiesta celebration. For the past years every December, thousands of lumads descend from their communities to the city, roaming around in throngs and perform dances and songs in exchange for little continue reading : Davao City to bring ‘Pasko Fiesta’ to lumad communities 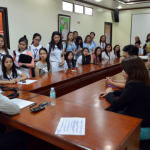 Hundreds of college students from different schools and universities in Davao City have signified their interest to volunteer as liaison officers for the upcoming Asean events to be held in the city next year. Asean stands for Association of Southeast Asian Nations. The regional bloc will be headed by the Philippines in 2017 — with continue reading : Davao City students sign up to volunteer for Asean events 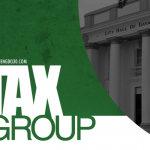